Bespoke front-of-house refrigeration features from Green Cooling can provide a striking and unique element to any designed environment.

Refrigeration is one of the oldest and most established technologies to benefit the modern world and is quite often taken for granted. Similarly, food refrigeration is treated as a ‘back-of-house’ utility and is not considered as providing anything other than a basic service to the restaurant.

Green Cooling is now bringing a completely new dimension to refrigerating catering equipment with their ‘Feature-Cooling’ range which allows designers and specifiers to bring food and wine cooling into the front-of-house environment with a unique approach that’s far removed from standard catering refrigeration systems.

GREEN COOLING HAS EXTENSIVE EXPERIENCE AND HAS INSTALLED MANY DISPLAY REFRIGERATION UNITS. THESE RANGE FROM THEMED COOLING PROJECTS FOR FILM & TV THROUGH TO FRONT-OF-HOUSE WINE AND MEAT DISPLAYS IN HIGH-PROFILE APPLICATIONS ACROSS THE UK.

Within a restaurant environment, a feature wine display refrigeration system can provide a dramatic design be applied as an integral part of any staircase, reception, bar or restaurant area. These unique and bespoke Green Cooling glazed wine features are completely scalable from a compact 1m x 1m wine storage system to a complete wine wall. Create a refrigerated display that will stop clients in their tracks with its sheer scale and lighting depth.

Green Cooling has an historical relationship with Iglu where the two organisations have cooperated with respect to developing a proven design and control system for front and back of house cabinets and counters which are operating within a CO2 Refrigeration System.

This relationship has now been formalised with the objective of developing and increasing food service applications, where CO2 refrigeration systems are able to provide a specifier/designer with the most sustainable and energy efficient option.

Green Cooling now offers the complete range of Iglu bespoke and standard ranges on an exclusive basis throughout the UK. This includes both front-of-house and back-of-house cabinets and counters. 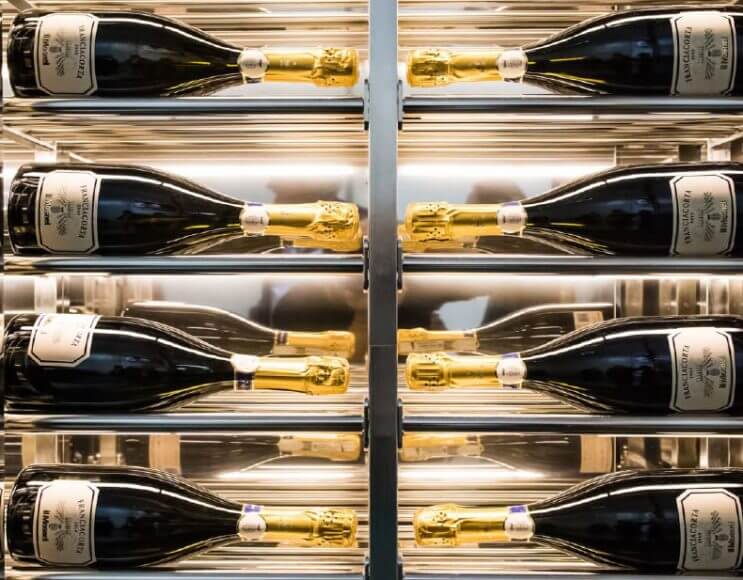 Additionally, these ‘Feature-Cooling’ systems from Green Cooling also incorporate glazed refrigerated meat presentation designs. These unique feature meat systems range from reception displays through to 3m high glazed butchery structures that are designed on a bespoke basis to meet the demands of each particular project. From presenting a single cut of meat through to providing a complete dry ageing controlled storage system, Green Cooling are able to deliver from design through to completion.

From Bespoke Wine or Meat Display through to more standard back of house cabinets, Green Cooling are able to deliver the a complete turn-key package to included design, specification, equipment selection through to installation and after care.
This will provide the client with the reassurance that the complete package is designed, configured and installed as a single system without the risk on non-compatible components being providing commissioning or conformity issues.

Iglu cabinets are known for providing high levels of quality and performance, this is perfectly aligned with Green Cooling’s approach which is focused on delivering each project with the a refrigeration system that provides quality, performance and value along with the most sustainable design.

From its legendary beginnings around a thermal spring with waters that healed a swineherd prince to a magnificent Georgian playground that catered to both aristocracy and commoners alike, Bath has existed for over 2,000 years as a leisure and wellness destination.

The city and its stories reveal an intriguing insight into Bath and its many historical influences, all of which culminated in its global recognition as a UNESCO World Heritage site in 1987.

Originally built in the 1800s, The Gainsborough Bath Spa occupies two Grade II Listed buildings with distinguished Georgian and Victorian façades in the heart of the World Heritage Site. Named after the artist, Sir Thomas Gainsborough, […] 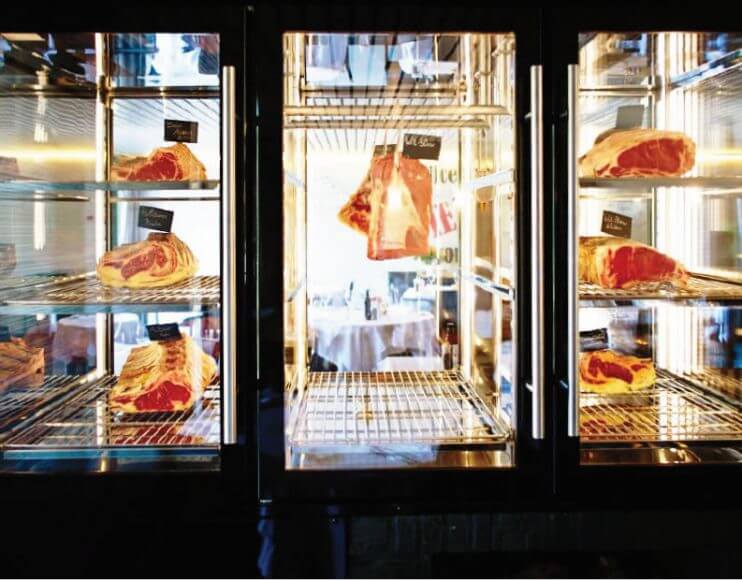 These unique feature meat systems range from reception displays through to 3m high glazed butchery structures that are designed on a bespoke basis to meet the demands of each particular project.

From presenting a single cut of meat through to providing a complete dry ageing controlled storage system, the Maximum Glass range is able to deliver a striking and unique bespoke design that allows a restaurant to involve the consumer with the product in a truly memorable way. 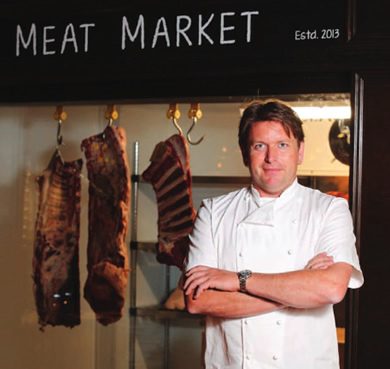 Read Case Study
View All
Case Studies
We use cookies on our website to give you the most relevant experience by remembering your preferences and repeat visits. By clicking “Accept All”, you consent to the use of ALL the cookies. However, you may visit "Cookie Settings" to provide a controlled consent.
Cookie SettingsAccept All
Manage consent